You are here: Home / Archives for Breaking Free 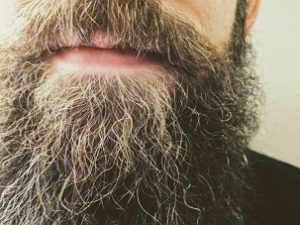 I’ve always plucked, shaved, or waxed the soft little mustache hairs that cover the corners of my upper lip. Occasionally, I find two coarse curly hairs sprouting from the left underside of my chin. The hairs first showed up once I’d had babies, somewhere in the nursing-bra-spit-up-showerless time of my life. Though at the time I despaired a bit, they came as no surprise, because I distinctly remember cuddling in my mom’s arms when I was little, gazing up at her, spying the hairs and tugging on them. I called them her “beard” and my glee punctuated our conversation. I don’t think I mind the beard nearly as much as my mom did then. My kids love to hear about grandma’s beard, and teasingly scold me when I’ve neglected my plucking. “ack, you have a beard, haha mom!” The legend of the beard has spurred treasured discussions in our home. We’ve learned about heredity and hair follicles, and affirmed a positive, realistic body image.

Most of us could do ourselves a huge favor and stop taking the little shit so seriously. I swapped facial hair tales with a friend at dinner tonight, with our partners and kids at the table. No embarrassment, no hushed tones. Why spend so much mental energy to follow a cultural or religious ideal that doesn’t pass the logic test? My mother’s dismayed reaction to a few chin hairs robbed her of laughter in that moment. I would rather my ordinary chin hairs connect me in memory to my mother, in joy to my children, and in solidarity with my friends.

If insecurity over a stray hair could prevent my mother from experiencing the joy and connectedness that was right in front of her, what other negative mindsets could we have that are unknowingly blocking us from a fucking glorious life?

Ten years ago, mired in manicured suburban evangelical church culture, obedience was the ultimate virtue, and my slick Vaseline smile belied my struggles. Though I had broken away from the doomsday cult of my childhood, I still didn’t realize “none” was a viable religious option. I was never one to shirk my assignments, but I eventually wearied of living my life through a litany of do’s and don’ts. Don’t do drugs. Get good grades. Get a college degree. Go to church. Tithe. Marry a godly man and fulfill your wifely duties. Take your babies to church to gaslight them into belief in a caring, engaged, supreme sky being. I stepped into the gray when I acknowledged that the promise of reward and the threat of punishment is a method of control, not a haven for a broken world. Evangelical kool-aid has a bitter aftertaste.

My head was so far into the ass of church culture that my politics, social values, and personal morals were entirely based on my perception of what it meant to be a good Christian. I had no opinions of my own. Once, before a Sunday worship service, I was shocked when I overheard a burly, bearded middle-aged man explaining that abortion should, in fact, be legal and accessible, so fewer kids would come into the world unloved and poor. It blew my mind to hear someone flouting the fundamentalist line. He had thought about his position, and wasn’t fearful of God’s wrath. It may have been an early catalyst to my charismatic undoing. Once I challenged my own world view with research and opposing ideas, the shift in my perspective was inevitable, and rapid.

Before age thirty I recognized the folly of religious zealotry. I began to see Christianity as a mythology, not dissimilar to how I viewed Zeus and his cohorts on Mount Olympus. The scales began to fall from my eyes through educating myself in world views unlike the one I was served. I craved details about our universe, and found myself captivated by the work of Neil De Grasse Tyson and his fellow astrophysicists. The most beautiful phrase in the world – we don’t know – is uttered regularly by Tyson as he shares breakthroughs in his field. We. Don’t. Know. For my whole life, those in authority over me knew the answers, knew the origins of the universe, knew how to be saved. Not knowing is what drives us forward, maintains a growth mindset. We must seek answers to our unknowns, or we will languish.

I am so close to being de-churched completely, finally free of the mental prison of fundamentalism. I revel in my own feelings of smallness, knowing I am woven into the mesh of this harshly stunning and mysterious universe. The atoms in my body are as old as the universe, and have been recycled through gaseous stars, terrestrial structures, and the carbon-based life forms that preceded me. I am not disconnected from the universe. I am made of the universe. And so are you.  For as long as we’re around, we get to marvel at the wonder of that thought.