You are here: Home / Archives for Stoned Sex 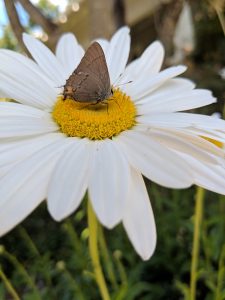 Still a bit breathless, I explained to Beard Man that I’d felt a new sensation, a rhythmic pulsing, almost orgasmic, but way up high, by my cervix. What was this dark sexual magic? I’ve long been acquainted with my clitoris, and more recently the G-spot and the A-spot, but what in the ME was this? In our post-coital stony conversation I described it this way:

“Hmmm….well, I feel so clearly now, that now, I know, in myself, where my G-spot is. The A-spot is pretty clear too. It’s like right on the edge of my pubic bone there. Okay, even talking about it right now, I’m settling into just like a warm, fuzzy feeling in that spot…Um, but then this was something different. This was like WAY up in there, like I almost wasn’t sure if part of the glans was against my cervix, like flicking the edge of my cervix or something? Or if it was this toward my front, but, it was like I could feel an orgasm emanating from that spot. And, I wanna call it the U-spot, but I have no reason to call it that other than some odd, varied, fake varied (pretty sure I meant vague) memory from some article, ages ago. I suppose I have this Google thing.”

It’s not called the U-spot. I was high.

I tucked the experience away, hoping to repeat it, still not knowing exactly what had happened. Based on sex ed class and teenage colloquial discussions, I’d believed the vagina to be sensitive only the first couple of inches in from the opening. Did my belief in limited sensation near my cervix prevent me from consciously feeling anything other than pressure? Cannabis removes my mind’s limitations on my own pleasure, so when I use cannabis therapeutically, I can mentally take a step back from the broad idea of what I think I should be feeling, and step into the nuanced sensations actually going on within my body.

Over the last few weeks, I’ve appreciated online content from Dr. Lindsey Doe, a clinical sexologist. Her channel, Sexplanations, leaves no sexual stone unturned, balancing research-based content with hilarious demonstrations in a refreshingly open, shame-free way. This video had a lot to say about errogenous zones that were new to me. The C-spot. Ah, that’s it! That’s my new up high spot. I’ve heard that knowledge is power, but when it comes to our bodies, knowledge is also pleasure.

Dr. Doe didn’t go into a great amount of detail about the orgasmic potential of the C-spot, but the video confirmed that my sensations were not a trick of my THC brain. It gave me a place to start searching for more information. When I mentioned my C-spot experience to a friend, she said the phrase “cervical orgasm”. She’d had a boyfriend in the past whose penis was curved in a way that always gave her cervical orgasms. Hmmm. There’s something to this, I thought – time to Google. A quick search led me to blogger Kim Anami, who, in her post, The Holy Grail of the Cervical Orgasm, puts it this way:

The clitoris generally has a refractory period. Meaning, women need to rest before they can have more of these orgasms. And they often feel like after one, they have had enough for the session.

Not so with the cervix.

It’s designed for the long haul.

You can have several/many/an infinite number in a row.

So the ecstasy just keeps coming.

The whole post is powerful prose to the cervical orgasm. Kim believes that all women can experience this type of pleasure from their vaginas. Through total sexual re-education, a conscious effort to thwart shame, and a lot of weed, I’m finding my way to a deeper sexual experience. In my opinion, there is too much pain in the world to ignore the possibility of more pleasure.

Have you had a cervical orgasm? Do you want to? 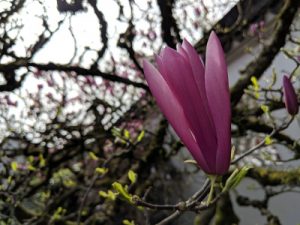 Before I accepted cannabis into my bedroom, my sex life was dependably orgasmic, but nothing that would inspire an entire blog post. I remember those nights a little bit like this: Sitting cross-legged on my squashy kid-snack sofa, my eyelids drooped a bit as I glanced at the time. Harry Potter whizzed over the Quidditch field across the room, and political news droned in my left earbud. It was Saturday night, so when the kids were finally asleep, we turned the TV off. With any luck, we’d get a quick romp before we were both too tired.

Bedroom Bludgers are the worst.

Weed had already become a regular part of my creative expression and meditation, but I’d held back from adding it to my sex life. Then late last summer, I decided to trust the plant.

Breathlessly, “I didn’t…expect…what was…that?” tumbled from my lips. Glory be! The rumors were true.

I had just had sex while high, and it was fucking great.

Here’s how weed changed my sexual experience: My sense of touch heightened, as though my whole central nervous system was engorged. Warm caresses became blue fire, and my toes actually curled as electricity skittered down my shins. Gentle spasms radiated up my vagina. Climax without direct clit stimulation suddenly seemed possible.

Amid fresh sensations all over, I forgot the clutter in my head. My worries stopped chasing me and I gave myself entirely to my own pleasure. Totally lost in my body, I did not pay much attention to Beard Man during that first time. Oops. It turned out he didn’t mind. Often the king of using understatement to highlight his point, he told me he was watching my face, and he was “not disappointed.”

For me, weed cuts through the bullshit of religious and social expectations surrounding sex that have given me hang ups for years. Embracing my own pleasure, I’m refusing to feel guilty or ashamed. With intention, I disconnect from my task lists and connect with my partner, feeling powerful and vulnerable. Tomorrow I’ll handle phone calls and go to the grocery store. Tonight, a couple of bong rips in, Beard man will remind me that my thighs are luscious, and I won’t even blush.

I am admittedly still paranoid at the volume of buzzing sex toys.